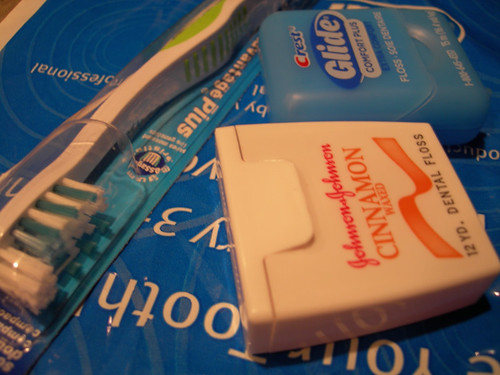 By Timberlake Dental curated from NewYorkTimes.com

“Based on existing evidence, flossing first isn’t necessarily better for oral health than the other way around.

Still, dentists have opinions on the matter. Dr. Edmond R. Hewlett, a spokesman for the American Dental Association and a professor of restorative dentistry at the University of California, Los Angeles, recommends flossing first. His rationale? Get the unpleasant task out of the way to avoid the temptation to not do it. “Let’s face human nature, if you’re going to skip one, which one will you skip?” he said.“

As stated in the article, both flossing and brushing are very important for oral health. Deciding on which one should come first can be a tuff decision and many people think differently about it.

Posted by chowning940 on Sep 19th, 2015 9:23 am
Filed under Health, Oral Health Tips, Oral Health Trends . You can follow any responses to this entry through the RSS 2.0 feed. Both comments and pings are currently closed.