FDA to extend tobacco regulations to e-cigarettes, other products 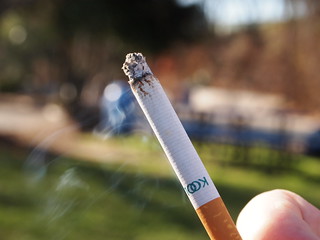 By Timberlake Dental curated from Www.CNN.com

“(CNN)E-cigarettes and other tobacco products like premium cigars and hookahs will be regulated in the same way the government regulates traditional cigarettes and smokeless tobacco.

Secretary of Health and Human Services Sylvia Burwell and the commissioner of the Food and Drug Administration, Dr. Robert Califf, made the announcement about their final rule Thursday (PDF).”

As stated in the article, E-cigarette use among adults has gone up about 12.6%, according to Centers for Disease Control and Prevention (PDF) data from 2014. Among the adults who tried to quit smoking that year, more than a half had tried e-cigarettes as an alternative, and more than 20% started using them. Only a little more than 3% of people who had never smoked tried them, but what has troubled public health leaders is the news that people between ages 18 and 24 had the highest number of new users.

Posted by chowning940 on Jun 28th, 2016 7:06 pm
Filed under Health . You can follow any responses to this entry through the RSS 2.0 feed. Both comments and pings are currently closed.