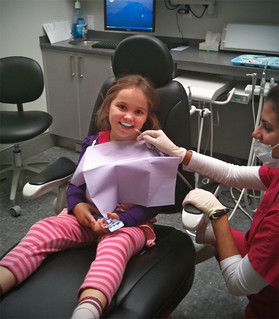 By Timberlake Dental curated from MouthHealthy.com

“Adding fluoride to public water supplies is a safe and effective way to prevent tooth decay and has played a major role in in improving the public’s dental health for 70 years. “Fluoride’s effectiveness in preventing tooth decay extends throughout one’s life, resulting in fewer—and less severe̵—cavities,” says Surgeon General Vivek H. Murthy. Read on to learn more about what theCenters for Disease Control and Prevention (CDC) has proclaimed as one of 10 great public health achievements of the 20th century”

As stated in the article, Fluoridation of community water supplies is simply the adjustment of the existing, naturally occurring fluoride in drinking water to an optimal level for the prevention of tooth decay. Think of it this way: Water that has been fortified with fluoride is similar to fortifying milk with Vitamin D, table salt with iodine, and bread and cereals with folic acid.

Posted by chowning940 on Mar 11th, 2016 6:39 pm
Filed under Dental Techniques . You can follow any responses to this entry through the RSS 2.0 feed. Both comments and pings are currently closed.