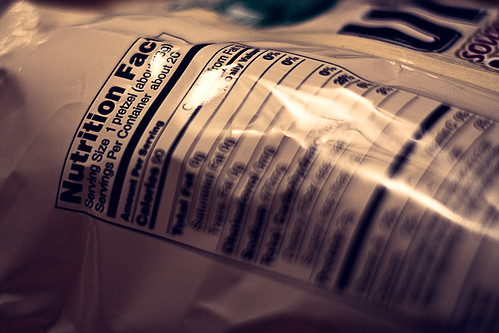 By Timberlake Dental curated from ada.org

“Washington — The Food and Drug Administration announced May 20 that it has finalized new requirements for Nutrition Facts labels, which for the first time emphasize the amount of added sugars in packaged foods.

The new label is consistent with the 2015-2020 Dietary Guidelines for Americans, which advise limiting added sugars to less than 10 percent of the total calories consumed each day. FDA said it hopes the new label will make it easier for consumers to make “better informed food choices.””

As stated in the article, “The ADA has long advocated for greater scrutiny of added sugar’s effect on oral health. In May 2015, the Association filed comments on the Scientific Report of the 2015 Dietary Guidelines Advisory Committee, which served as the basis for developing the new guidelines. In November 2015, the ADA House of Delegates formally endorsed the World Health Organization’s recommendation to limit added sugar consumption to less than 10 percent of daily caloric intake.”

Posted by chowning940 on Sep 8th, 2016 6:23 pm
Filed under Health . You can follow any responses to this entry through the RSS 2.0 feed. Both comments and pings are currently closed.