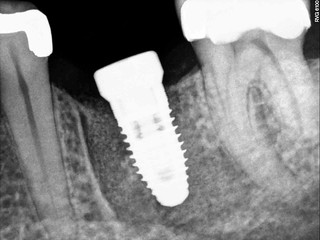 By Timberlake Dental curated from Mouthhealthy.com

“If you have had a joint replacement and taken antibiotics before dental work in the past, you may not need to make a trip to the pharmacy before your next procedure. The American Dental Association has found it is no longer necessary for most dental patients with orthopedic implants to have antibiotic prophylaxis to prevent infection

As stated in the article, “Prior to 2012, premedication prior to dental procedures was common for joint replacement patients, even though there was little evidence to support the practice and experts recommended against its practice for most dental patients. In 2012, the American Dental Association and American Association of Orthopedic Surgeons published updated guidelines, stating that dentists “might consider discontinuing the practice of routinely prescribing prophylactic antibiotics”. In January 2015, the ADA’s Council on Scientific Affairs issued another guideline, which continued to discourage prophylactic antibiotic use for most patients with prosthetic joint implants. Guidelines are re-evaluated every few years to make sure that they are based on the best scientific evidence”

Posted by chowning940 on Jul 28th, 2016 9:12 am
Filed under Dental Techniques, Health . You can follow any responses to this entry through the RSS 2.0 feed. Both comments and pings are currently closed.